Running and beating Democratic House Speaker Nancy Pelosi of California may seem like an impossible task, a David versus Goliath mission. But the GOP sports a 34 year old entrepreneur that has the right stuff for the job.

DeAnna Lorraine was born and raised in California and went to Cal State at Chico, where she studied marketing and organizational communications.

For the last ten years she has owned her own personal counseling firm and has had a thorough private sector education in the free market and the challenges facing small businesses everywhere. Her particular job has also given her a unique perspective on the current status of the American family. That’s why her first priority is making sure government does all it can, within common sense limits, to “restore the family unit.”

Lorraine comments, “Even though I’m running as a Republican, so many of the issues we are dealing with cross political lines and affect all Americans – like rising homelessness, broken families, and fatherless homes. Our country is in a crisis of broken families and fatherless homes right now and we need to restore these crucial elements, because strong families create a strong America.” 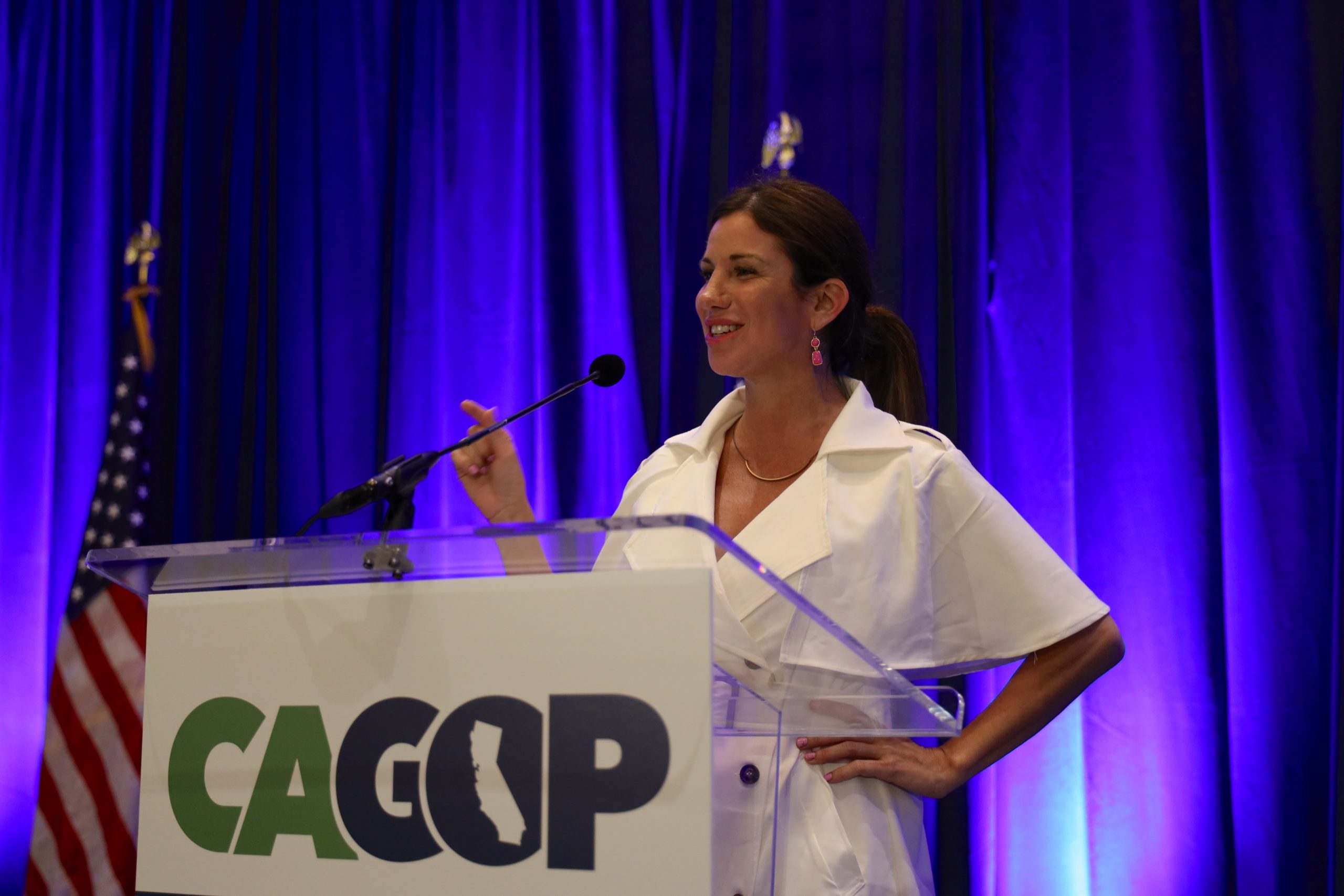 And of her Goliath-like opponent? Well, DeAnna Lorraine is not reticent.

“Pelosi has been at the head of disastrous federal policies that have done a great deal to result in the continuing destruction of the city of San Francisco….Her priorities are all wrong. While we here in the 12th district deal with the problems of homelessness and broken families that are a product of her failed policies, she focuses on a doomed impeachment. In fact, last year her office sent out 380 press releases. Not one dealt with the ongoing economic crises here in her own backyard.”

Lorraine comments that, “Pelosi has engaged in a downright betrayal of Americans and the Constitution.” The challenger also says that stopping the scourge of illegal immigration is one of her top tasks, noting that “violent illegal immigrants have taken lives in this state and are a tremendous burden on the taxpayers of California. We’ve got to do better in protecting our families from this problem.”

Those who discount Lorraine’s chances, taking into account her climb is certainly uphill, forget Agincourt, the Battle of Britain, and Valley Forge.

Sometimes the goods guys, even though serious underdogs, can win the battle. Her campaign website is www.DeAnnaForCongress.com.

This piece originally appeared in LifeZette and is used by permission.

Read more at LifeZette:
Mitt Romney hit with new Republican resolution that would force him to support Trump or give up his seat
Pete Buttigieg demands all drugs be decriminalized, even meth and heroin
CNN’s Brian Stelter tries to attack Fox News for ignoring major Trump story – it immediately backfires

The post Meet The Woman Challenging Nancy Pelosi Who May Just Take Her Seat appeared first on The Political Insider.