In an interview set to air Sunday, McCarthy suggested he was blindsided by the GOP conference chairwoman’s decision, which drew widespread criticism from rank-and-file Republicans and cast a light on the party’s internal divisions in the post-Trump era.

“Look, I support her, but I also have concerns,” McCarthy said on Gray TV’s “Full Court Press with Greta Van Susteren.” “She took a position as a No. 3 member in conference; she never told me ahead of time.”

McCarthy said the Wyoming Republican would have some explaining to do before House Republicans for her decision to join nine House GOP members in voting to impeach Trump for inciting a deadly insurrection at the U.S. Capitol earlier this month.

“She can have a difference of opinion, but the one thing if we're going to lead within the conference, we should work together on that as a whole conference because we're representative of that conference,” McCarthy said. “I do think she has a lot of questions she has to answer to the conference.”

McCarthy suggested the best forum for that would be in a closed conference setting.

“Let people ask their questions, let her express why she did what she did, where did she come to that conclusion? And let's just have that discussion,” he said.

McCarthy’s comments come as calls have grown within the House Republican caucus to remove Cheney from her leadership post.

Members of the Trump-allied Freedom Caucus began circulating a petition last week among House GOP members that would force a meeting to debate a resolution calling for her resignation. 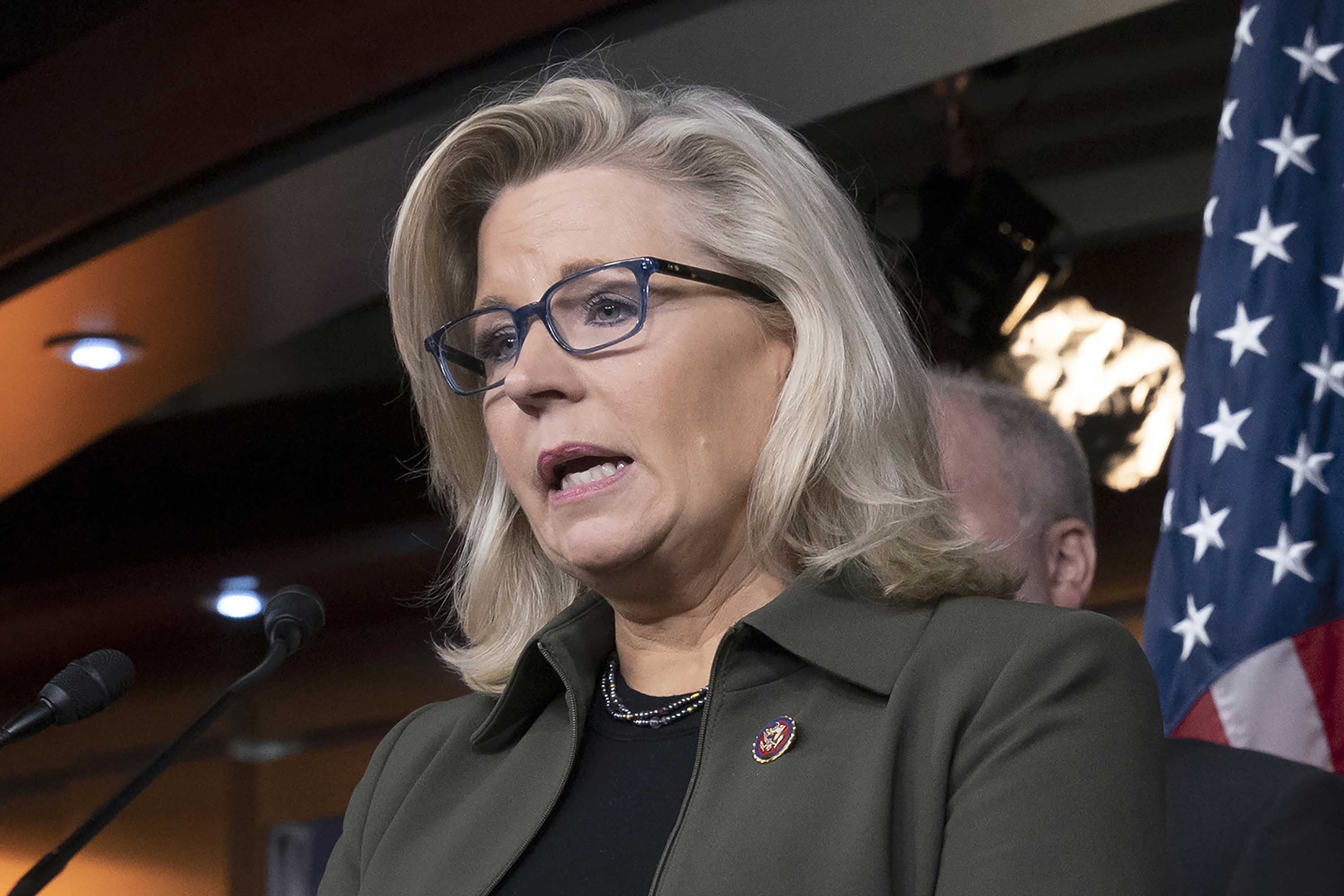 Cheney, who drew a primary opponent on Wednesday after her vote, has said she has no intentions of stepping down.

"I'm not going anywhere. This is a vote of conscience,” Cheney said last week. “It's one where there are different views in our conference. But our nation is facing an unprecedented, since the civil war, constitutional crisis.”

Some House Republicans have privately chastised McCarthy, who allies say is trying to quell rancor within the party, for not doing more to call out Trump for his role in the failed insurrection that left five people dead.

McCarthy drew criticism on Thursday for saying Trump did not incite the Capitol riot, seemingly contradicting his previous remarks made on the House floor this month that Trump bore some responsibility for the attack.

"I don't believe he provoked it if you listen to what he said at the rally," McCarthy told reporters.

When pressed by Van Susteren, McCarthy insisted that “everyone” — including Trump — bore responsibility for the Capitol riots, a comment which provoked heated reactions on social media.

A spokesman for McCarthy clarified the comment later on Saturday, saying the House GOP leader meant that Americans have a shared responsibility "to lower the political temperature" and didn't intend to assign blame to everyone for the riot.

McCarthy said he was also left out of the loop by Rep. Marjorie Taylor Greene’s announcement to file articles of impeachment against President Joe Biden on Thursday.

Greene told “the public before she told me,” McCarthy said of the Georgia Republican’s effort to oust Biden from office, which is certain to fail.

McCarthy backed Greene, a staunch Trump supporter who has embraced parts of the QAnon conspiracy theory, on her right to submit the articles, but disagreed with the decision.

“I think it's best, especially with what we have gone through with the Democrats, let's not stoop to their level, let’s believe in the rule of law,” McCarthy said. “I just don't think the timing and the case is right at this time, in this moment."

House Speaker Nancy Pelosi says President Donald Trump could be an accessory to murder after this month’s deadly riots at the U.S. Capitol.

In an interview with MSNBC’s Joy Reid that aired Tuesday night, Pelosi repeatedly decried Trump’s role in inciting a violent insurrection on Jan. 6 that claimed the lives of five people, including a U.S. Capitol Police officer.

“Presidents’ words are important. They weigh a ton,” Pelosi said about Trump, who continuously stoked false claims of widespread election fraud on Twitter and encouraged supporters to march to the Capitol in a fiery speech given at a “Save America” rally not long before rioters stormed the building. “And they used his words to come here.”

The Speaker went a step further and said that if it were proven that some members of Congress collaborated with members of the group that attacked the Capitol, they — as well as Trump — would be accessories to crimes committed during the insurrection.

“And the crime, in some cases, was murder,” Pelosi said. “And this president is an accessory to that crime because he instigated that insurrection that caused those deaths and this destruction.”

While a number of officials, including District of Columbia Attorney General Karl Racine, have said they’re looking into the role Trump played in the riot, none have indicated so far that the president would be an accessory to the deaths that occurred as rioters tried to block the certification of President-elect Joe Biden's Electoral College win.

The White House did not immediately respond to a request for comment about the speaker’s insinuation that Trump’s words led to deaths at the Capitol.

Pelosi’s comments represent the strongest language yet used by Democrats over Trump’s role in the riots.

While most Republicans have declined to cross Trump, Senate Majority Leader Mitch McConnell, who has said little to defend the president since the riots, took to the Senate floor on Tuesday to place blame squarely on Trump.

“The mob was fed lies,” McConnell said. “They were provoked by the president and other powerful people. And they tried to use fear and violence to stop a specific proceeding of the first branch of the federal government which they did not like. But we pressed on.”

House Democrats, who were joined by 10 Republicans, voted to impeach Trump last week on a charge of incitement of insurrection. Pelosi has not said when the article of impeachment will be sent to the Senate to initiate a trial, but indicated in her interview that it would be “soon.”

House Speaker Nancy Pelosi on Wednesday morning thanked National Guard troops protecting the Capitol one week after supporters of President Donald Trump rioted inside the building in an attempt to block Congressional certification of the 2020 presidential election results.

Pelosi's deputy chief of staff Drew Hammill shared a photo of the speaker addressing dozens of troops near the Capitol’s East Front steps where scores of rioters converged on Jan. 6. A spokesperson for Pelosi (D-Calif.) said the speaker thanked the troops and their families "for protecting the Capitol and our democracy."

"Even during this dark time in the history of America, we find reasons for hope. It was my privilege today to personally thank members of the National Guard who are working protect our nation’s Capitol," Pelosi wrote on Twitter. "Thank you for your commitment to our American democracy."

Thousands of Guardsmen have been deployed to protect the Capitol against further violent protests ahead of President-elect Joe Biden’s inauguration next week. The Pentagon on Tuesday approved arming troops responsible for security around the complex with lethal weapons, a decision that came after demands from Congressional leaders, including Pelosi.

As many as 15,000 Guardsmen are expected to be deployed to the Washington area.

Rep. Brian Mast (R-Fla.), a veteran who suffered injuries in the U.S. Army during the Iraq war, was pictured on Wednesday giving a tour of the Capitol Rotunda to a number of Guardsmen after witnessing them sleeping in the Capitol Visitor Center.