When Senate Democrats stepped onto the floor on Saturday morning, they had no idea the House impeachment managers were about to drop a political grenade in their laps.

But after a brief schism that threatened to throw Donald Trump's trial into chaos, House and Senate Democrats quickly agreed to put the pin back in. House Democratic managers and the former president's lawyers ducked the issue of witnesses nearly as soon as it was raised, and Senate Democrats approved the turnaround.

Instead of a weeks-long drama over trial witnesses that risked upending the Senate schedule, a widely known statement from one House Republican was entered into the record. Trump’s team declined to dispute it. And amazingly, both sides decided to move on. The Senate later voted 57-43 to acquit Trump, with seven Republicans joining all Democrats in favor of conviction.

But that speedy resolution came after several hours of utter uncertainty.

While Senate Majority Leader Chuck Schumer (D-N.Y.) and his members had prepared for the possibility of voting on witnesses, they got no warning that the lead House prosecutor was about to force a vote that could have prolonged the trial for days or weeks. The impeachment managers spent Friday night and Saturday morning wrestling with the question themselves and made the final decision at the last minute, according to Democratic sources.

The managers debated until 3 a.m. Saturday on how to proceed, according to two Democrats familiar with the negotiations. Schumer communicated to them that his 50-member caucus would support whatever decision they landed on.

Then Senate Democrats held a 9 a.m. Saturday conference call where members still indicated they were in the dark about House Democratic managers’ plans. The managers didn’t make the final call to force a Senate vote until minutes before the Senate gaveled in at 10 a.m., Democrats said. The managers started informing senators they wanted witnesses at 9:55 a.m.

“We don’t coordinate with the managers,” said Sen. Ben Cardin (D-Md.), adding that Democratic senators "have social conversations" with their House counterparts but "don’t talk strategy. So we did not know that they were going to request witnesses or not. And that’s how it should have been.”

Summing up the position Democratic senators decided on, Cardin said: “If the managers believe it would help their presentation, we should let them have witnesses.”

As Senate Democrats huddled on their call, their party's impeachment managers initiated outreach to at least some of the ten House Republicans who voted to impeach Trump, according to multiple sources. The exact nature of those conversations remains unclear -- but what happened next shocked everyone.

The Senate quickly moved to a bipartisan 55-45 vote to consider possible witnesses. Schumer had long deferred to the managers: If they wanted to call witnesses, he said Democrats would support it. Still, the vote on witnesses personally surprised the Senate majority leader, Democrats said.

But after they voted to move forward, House managers had no real plan for what to do next, according to a Democrat familiar with the negotiations: “Senate Democrats gave them the votes, but the managers didn’t know what their next step was.”

Multiple sources close to the impeachment managers disputed that claim, saying instead it was significant pressure from Senate Democrats that resulted in their decision to change course. The House managers wanted to bring Rep. Jaime Herrera Beutler (R-Wash.) in to testify, only relenting after receiving pushback from multiple Senate Democrats, they said.

The night before, Herrera Beutler issued a statement recounting a story she's told over the last month detailing a heated call between House Minority Leader Kevin McCarthy and Trump during the middle of the violent insurrection.

During the Senate break after the witness vote Saturday, Sen. Chris Coons (D-Del.) twice came into the managers’ room off the Senate floor, according to multiple Democratic sources. Coons pressed House Democrats to relent, saying their quest for witnesses would cost them Republican votes to convict and maybe even some Democrats.

"The jury is ready to vote," Coons told the managers, according to a senior House Democratic aide. "People want to get home for Valentine‘s Day."

Coons later returned a second time to urge the managers to take a deal with Trump's lawyers to enter what House Democrats viewed as damning evidence from Herrera Beutler into the record. Sen. Joe Manchin (D-W.Va.) also approached a House manager in the hallway to urge them against calling witnesses, according to sources close to the managers.

A person close to Coons said that he spoke to the parliamentarian and GOP senators and conveyed to the managers that considering would lead to days if not weeks of debate and that Republicans were ready to vote. Coons said that GOP Leader Mitch McConnell's plans to acquit demonstrated that there was a ceiling to how many Republicans would go along.

A Coons spokesperson said that the senator "was simply conveying to the House managers that several of his Republican colleagues told him there were no more votes on their side and their members were ready to fly home. It is unfortunate that apparently no amount of additional evidence was going to convince 10 more of his Republican colleagues of Donald Trump’s guilt."

Managers tried to reach Herrera Beutler both Friday night and Saturday morning to gauge her interest in testifying, a person familiar with the negotiations said. But before there was even a chance to respond, the impeachment managers had already backed down, accepting the deal with Trump's lawyers to enter her statement into the record and move on.

The Senate ultimately devised a fast solution to help the chamber avoid trekking down a long path of depositions that could drag the trial into March. Instead of calling witnesses, the statement from Herrera Beutler was entered into the record. And the trial headed toward a close.

“Now that Trump’s team has conceded to bringing this uncontradicted statement into the trial record, it can be considered by senators along with the already overwhelming evidence about President Trump’s conduct on January 6, without the need for subpoena, deposition and other testimony,” said an aide for the House impeachment managers.

For a week or more, most in the party have suggested that senators' experience as witnesses of the Jan. 6 insurrection could be enough to convict Trump of inciting it. And Democrats warned that an untidy foray into uncharted territory could be a far bigger risk than not hearing from witnesses at all.

The organizing resolution that set parameters for the trial did not rule out witnesses, because Schumer and other Democrats did not want to preclude the House managers from making their own strategic decisions during the trial. 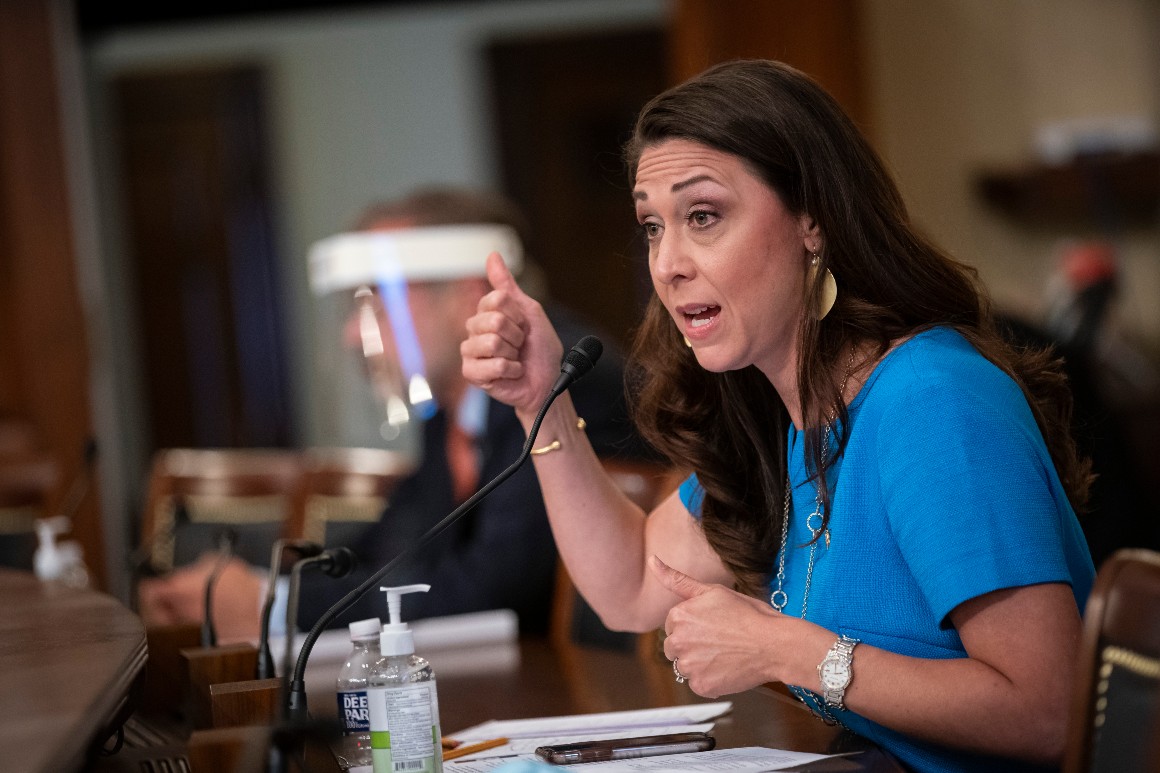 And several developments this week, including Herrera Beutler’s statement, piqued managers’ interest in witnesses. Sen. Tommy Tuberville (R-Ala.) confirmed that he had told Trump that Vice President Mike Pence was being evacuated around the same time Trump tweeted an attack on Pence.

The decision not to bring in witnesses brought a swift end to the trial, with Trump acquitted Saturday on a 57-43 vote, allowing Democrats to move forward on their broader legislative agenda. That includes passage of a coronavirus relief package, the first legislative item on President Joe Biden's to-do list.

Had Democrats chosen to go the other way, the trial could have been put on ice for two weeks, Cardin said.

“There's just a lot to be done,” said Sen. John Hickenlooper (D-Colo.). He added that Democrats want to ensure "everyone's heard, that we get all their information and evidence," but also want to "do it efficiently."

Melanie Zanona contributed to this report.