Members of Congress were consumed last week with reports that the Russian government was paying bounties to Taliban militants who killed U.S. troops overseas. But they now appear poised to do little — if anything — about it.

Citing disputed intelligence assessments and interagency squabbles, lawmakers emerged from top secret briefings cautious and mostly tight-lipped about the veracity of news reports suggesting that the Russians had American blood on their hands.

Those lawmakers — mostly Republicans — repeatedly stressed that there was no consensus on whether the GRU, Russia’s military intelligence unit, orchestrated the bounties, despite news reports from The New York Times and others that have detailed the alleged scheme with increasing specificity.

“I think there are contradictory pieces of intelligence on this,” Sen. Roy Blunt of Missouri, the No. 4 GOP leader and a member of the Senate Intelligence Committee, said after a classified briefing.

The Trump administration also appeared to sow doubt over the issue, with President Donald Trump and his aides either questioning the accuracy of the intelligence or labeling reporting on the bounties an outright hoax. And congressional Republicans recently rejected an amendment to the annual defense policy bill, written by Sen. Robert Menendez (D-N.J.), that would impose new sanctions on Moscow.

Democrats and Republicans alike have supported stricter sanctions on Russia as punishment for its malign activities, including its interference in the 2016 election and its annexation of Crimea in 2014. But the Trump administration has repeatedly hesitated to fully deploy the sanctions regime Congress authorized in 2017, and Republicans have rarely used their leverage to press the White House on the issue.

“There’s still a whole series of questions about what our policy is vis-à-vis Russia, and why there seems to be this unwillingness to call out Russian bad actions,” said Sen. Mark Warner (D-Va.), vice chairman of the Intelligence Committee.

The stalemate underscores the difficulties lawmakers face in confronting an increasingly emboldened Russia — especially in an election year, when Republicans are unlikely to publicly break with the president, who has sought to maintain a good relationship with Russian President Vladimir Putin even as he continues to alarm some in the GOP with his deferential posture toward the Russian leader. 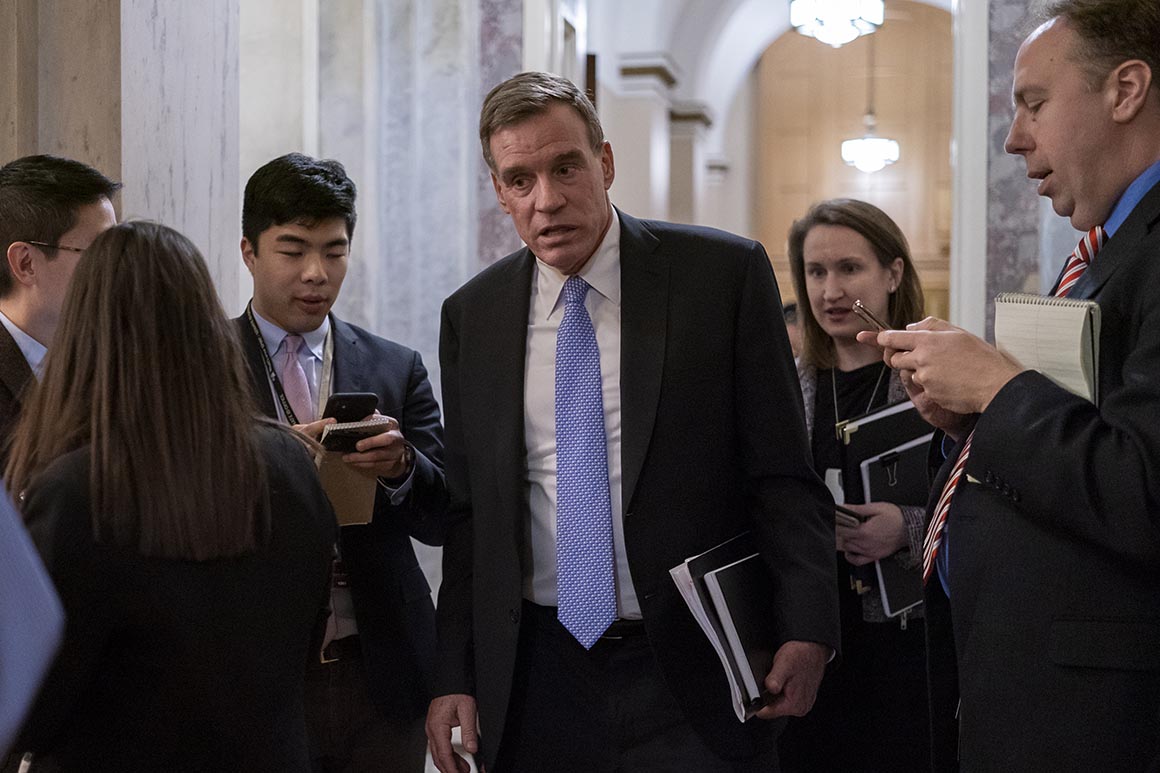 “I’m interested in hearing an administration speak clearly about their plans that aren’t just hypothetical sanctions sometime out in the future, but what should we be doing now to make the GRU have more doubts about their behavior not just in Afghanistan, but more broadly across the globe,” said Sen. Ben Sasse (R-Neb.), an outspoken Russia hawk who sits on the Intelligence panel.

The U.S. intelligence community broadly agrees that Russia’s military intelligence unit has been providing financial support to the Taliban to help fund Taliban operations that have killed coalition troops in Afghanistan. But a central dispute — outlined in a memo written by recently confirmed Director of National Intelligence John Ratcliffe earlier this month — remains over the Russians’ motives.

While the CIA and National Counterterrorism Center have assessed with “medium confidence” that the GRU has paid bounties to Taliban fighters specifically to kill U.S. soldiers — and that the operation has resulted in fatalities — other agencies have expressed “low confidence” in that assessment, stemming from difficulties tying specific payments to certain attacks, according to people who have seen the memo.

Whereas the CIA has confidence in its human sources and interrogations conducted on the ground, the National Security Agency relies more on surveillance and signals intelligence to make assessments, and remains uncertain about whether certain payments constitute “bounties” or whether they are just part of the broader pattern of Russian funding for Taliban operations that ultimately kill coalition troops.

The intelligence community and the Pentagon are continuing to investigate whether specific Taliban attacks on U.S. soldiers resulted directly from GRU payments, current national security officials said. Still, lawmakers are choosing to emphasize that there are no disagreements about how Putin has used his intelligence agencies.

“Vladimir Putin runs real military and intelligence agencies and he puppet-masters a whole bunch more, and he tries to get them to be available to do horrible things to Americans and to our allies,” Sasse said.

In the meantime, Democrats appear to be giving Ratcliffe, the nation’s top intelligence official, a chance to prove himself as a nonpolitical figure, given his history as a strident defender of the president. Some congressional officials raised eyebrows about the timing of his memo — which concluded that the interagency assessments of the bounty intelligence were still mixed and incomplete — given White House attempts to frame the issue as too uncertain to warrant an immediate response. But people familiar with the document said it was straightforward and factual.

“I don’t think Ratcliffe has been in this job long enough to characterize whether he’s going to play it straight and do his job or whether he’s going to be in more of a political role,” said Sen. Martin Heinrich (D-N.M.), a member of the Intelligence Committee. “I think he has a lot to do to build confidence given his previous role on cable news networks.”

“I didn’t support Mr. Ratcliffe,” added Warner. “Now he’s in, I want him to be successful. And as long as he is transparent and forthcoming with this committee — and we have tried to treat everybody with respect — I want to work with him.”

Democrats emphasized that they still had confidence in the career civil servants who make up the vast majority of the U.S. intelligence community, but said they are concerned Ratcliffe would not tell the president what they believe he needs to hear.

“I’ve made it clear that I think the executive branch has an obligation to be straight with the American people, and the list could go on, but he’s the guy that’s going to be held accountable,” Sen. Ron Wyden (D-Ore.), an Intelligence Committee member, said in a brief interview. “In the last 48 hours, the administration isn’t even close to a passing grade.”

Sen. Marco Rubio (R-Fla.), acting chairman of the Senate Intelligence Committee, praised Ratcliffe and noted that he was being forced to answer for intelligence assessments that might have occurred long before he was sworn in as director of national intelligence on May 26. Some of the intelligence on the bounties was included in Trump’s written daily briefing, known as the Presidential Daily Brief, in February.

“The challenge with anything is things that happened before your tenure — you have to sort of go back and reconstruct some of the things that happened and answer questions about it. But he’s up to the task, he did great” said Rubio, who added that he talks with Ratcliffe daily. 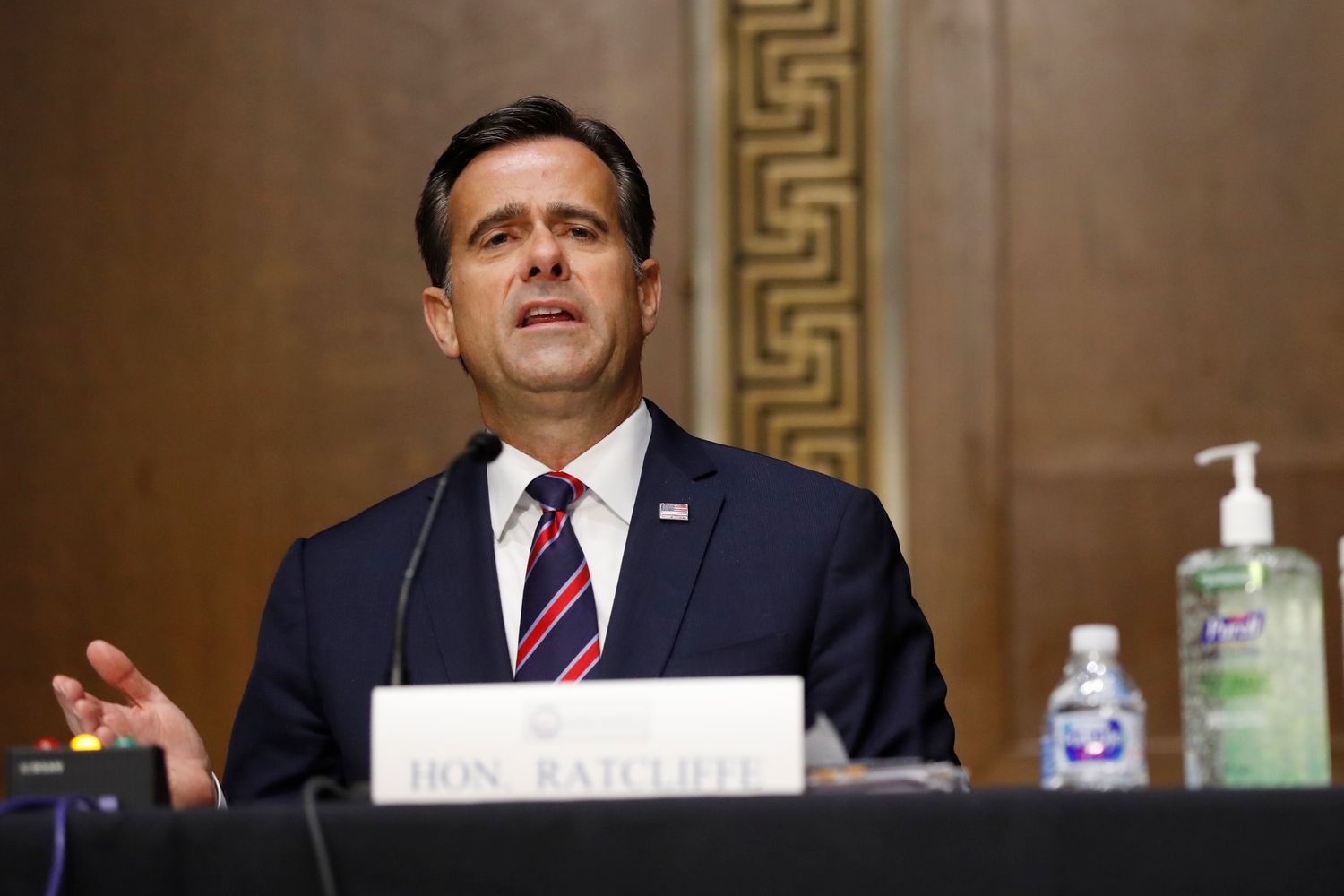 Ratcliffe has already briefed members of the Intelligence panel and a smaller group of congressional leaders, known as the Gang of Eight, on the intelligence assessments related to the alleged Russian bounties. Trump administration officials have also briefed smaller groups of lawmakers, including a contingent of House Democrats as well as members of the Senate Armed Services Committee.

But the latter briefing left senators, particularly Democrats, dissatisfied with the amount of information they were getting. It was a regularly scheduled briefing on Afghanistan, but lawmakers predominantly asked about the bounty allegations — in particular, whether and when the president was actually briefed on the intelligence assessment.

“That was not a briefing,” a frustrated Sen. Elizabeth Warren (D-Mass.), a member of the Armed Services Committee, said in a brief interview last week after walking out of the Senate’s secure facility.

Sen. Tammy Duckworth (D-Illinois) agreed, calling the briefing “unsatisfactory” on the question of who briefed Trump and when, and suggested sanctions as one possible response to the Russian escalation. And she said that of the five bounty-related intelligence documents she had read in a secure Capitol facility, none backed up the White House claims that the assessments were too uncorroborated to disclose to the president.

“The documents I read are consistent with what’s been reported so far,” she told reporters. “As far as I can tell, what’s out there is accurate.”