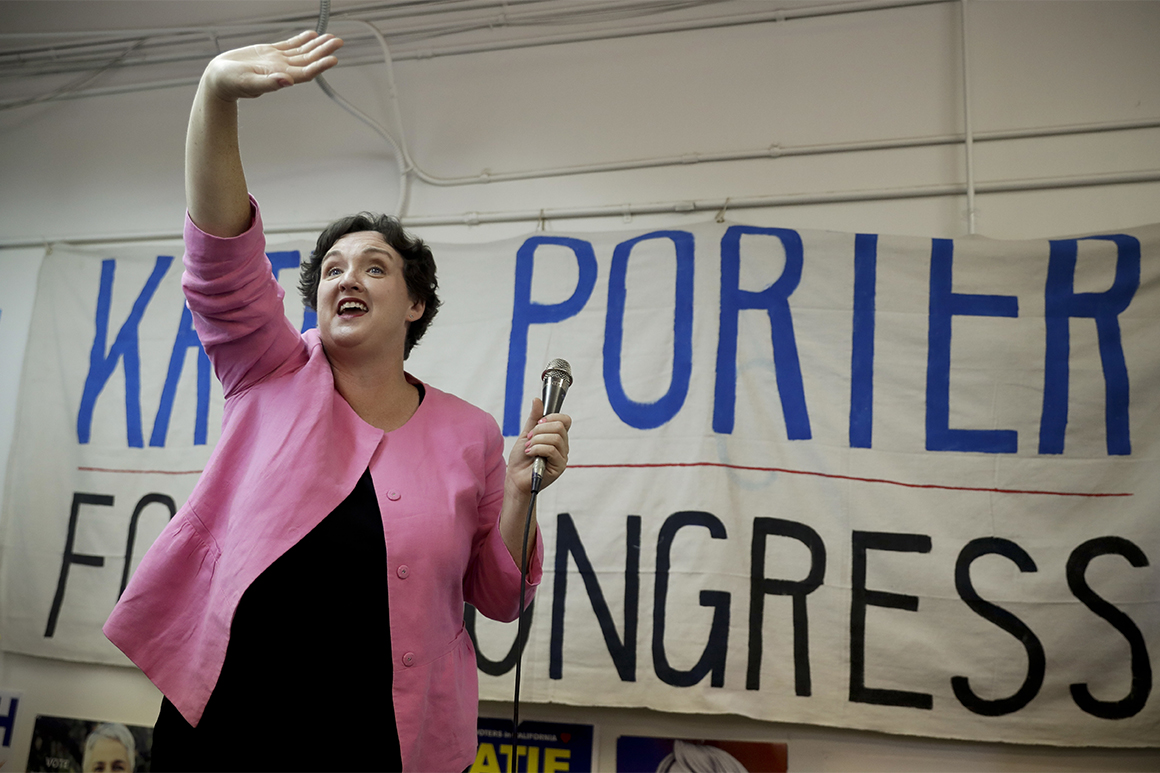 House Democrats are clobbering their Republican challengers in the fundraising race, dramatically reducing the GOP’s chances of winning back the majority.

The roughly four dozen most endangered House Democratic incumbents raised a collective $28.5 million in the last three months of 2019, a staggering total that is nearly twice the sum of all of their Republican challengers combined, according to a POLITICO review of the fundraising filings.

This drastic disparity, which House GOP leaders have deemed an all-out crisis, throws the Democratic advantage into stark relief: 32 of the 42 swing-seat Democrats raised over $500,000 last quarter and 36 started the election year with at least $1 million in cash on hand. Of the over 120 Republicans who filed to run against the so-called frontliners, just six had cleared that fundraising threshold, and three had that much in the bank.

“This is quite a wake-up call for Republicans — no way getting around it,” said Rep. Patrick McHenry (R-N.C.). “There’s no panacea in this. It’s going to take a lot more grinding work.”

Republican members and strategists, clear-eyed about the scope of the problem, describe it as twofold. GOP donors eager to reelect the president and fortify the Senate majority seem to have less interest in funding House candidates. Meanwhile, Democrats have turned the unprecedentedly high fundraising that propelled them to the majority in 2018 into a regular occurrence.

Buoyed by grassroots enthusiasm and the structural dominance of ActBlue, Democrats have moved the financial goal post, and privately many Republicans are at a loss about how to adapt.

Democratic incumbents seem to be picking up speed: All but five of the 42 most vulnerable members raised more in the fourth-quarter than in the third. In fact, 11 of them raised over $900,000 in the last three months of 2019; only Rep. Katie Porter (D-Calif.) passed that mark the prior quarter.

“We used to always tell our candidates: ‘Have a $250,000 to $300,000 quarter. That’s a really good quarter,’” said Parker Poling, the executive director of the National Republican Congressional Committee. “And it was until they started having $900,000 quarters," she added, referring to House Democrats.

In a joint interview last week at the NRCC’s headquarters, top committee officials outlined their work to confront their fundraising dilemma, from investing in Facebook and Google ads to grow their email lists to consulting with the president’s digital fundraising team.

Desperate to compete with ActBlue, NRCC’s digital fundraising managed to grow the amount the group raised online from just under $5.8 million in the 2017 off-year to $22.6 million in 2019, a 390 percent increase.

But the DCCC raised a whopping $125 million in 2019, $40 million more than the House GOP campaign, and $38 million of that came from their digital fundraising. In the past four cycles the disparity between the two committees’ off-year total has never exceeded $21 million.

“The DCCC is very good at online fundraising. They’re probably the best Democratic organization at it,” said NRCC digital director Lyman Munschauer. “But we’re catching up.”

Part of the NRCC's task is getting members to invest in their digital operations. Many started the cycle “from ground zero” in building an email list and are still learning best practices for online fundraising, which is totally different from "having a nice lunch at the country club,” Poling said.

WinRed, the new GOP fundraising platform, raised $101 million in the last six months of 2019, but two-thirds of that went to President Donald Trump’s campaign or the Republican National Committee. Just $5.4 million of that haul went to the NRCC.

GOP donors appear to have other priorities. House Minority Leader Kevin McCarthy often tells members that that House Republicans get the “third dollar” after up-ballot donations.

“People give to the president. They want to make sure we hold the Senate,” said Rep. Susan Brooks (R-Ind.), who chairs NRCC’s recruitment team. “And so our candidates work really hard to get that $500 or $1000, maybe harder than they’ve had to in the past.”

Still, the NRCC insists there is still a path to reclaim the chamber if fundraising ticks up, and that top GOP leaders have been vocal about their monetary concerns because there is time course correction.

“If we were in July, and we’d just gotten those second-quarter reports, that’s when you’re really in the panic mode,” Poling said. “But we wanted to ring the bell now so that people can really step it up.”

There were some bright spots for Republicans in the fourth-quarter filings. Five vulnerable members — Reps. T.J. Cox (D-Calif.), Gil Cisneros (D-Calif.), Harley Rouda (D-Calif.), Collin Peterson (D-Minn.) and Susan Wild (D-Pa.) — were outraised by GOP challengers. Former Rep. David Valadao and Young Kim, who are challenging Cox and Cisneros, respectively, had more in cash on hand as of January.

But, overall, the numbers are daunting for Republicans. Some seats appear to be sliding off the map altogether. For example, in Orange County, Porter raised over $1 million last quarter. Not one of her challengers cleared $100,000.

Of the Republicans running in the 30 districts currently held by Democrats that President Donald Trump carried in 2016 — which should have seen the biggest grassroots boost from the impeachment vote last quarter — only one challenger raised more than $400,000 without self-funding.

McAdams' most formidable opponent ended his bid last quarter, sending House Republicans scrambling to find another contender. They courted Thom Carter, the executive director of an environmental group in Utah. Carter ultimately declined to run — in part, he said, because keeping pace financially with McAdams would require too much time away from his wife and newborn son.

“The incumbent has about $2 million hard cash on hand,” Carter said in an interview last week. “I’d have to spend so much time playing catch up to raise money — not just to win the primary, but against a well-financed, well-liked incumbent.”

Democrats were the top fundraisers in five competitive open-seat races in Indiana, Iowa, Georgia, New York and in the Texas district held by retiring GOP Rep. Will Hurd. Though Republicans dominated in two other open Texas seats in the Houston and Dallas suburbs.

“We want to work very hard to make sure that we push deeper into Republican territory,” DCCC Chairwoman Cheri Bustos told reporters at a briefing last month. “That is the job that we have in front of us.”

GOP strategists insist there is time to rebound, and that Democrats’ vote to impeach Trump will backfire, particularly through the 30 Democratic-held districts that Trump won in 2016.

"We recaptured the majority in 2010, even though they raised more money than us," said Rep. Tom Cole (R-Okla.), a former NRCC chairman. "If you think you can get out of a bad vote with money, good luck to you. I don’t think you will."